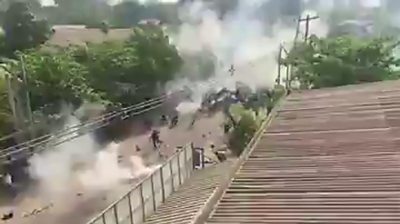 A minimum of 14 protesters had been killed on Sunday by safety forces in Yangon, native media’s reported, as clashes between the navy and anti-coup protesters proceed for a sixth week.

Martial regulation has been declared in two areas of Yangon.

And after two China owned factories had been attacked, Beijing requested the authorities to guard its companies.

Myanmar has been gripped by protests for the reason that navy coup on 1 February.